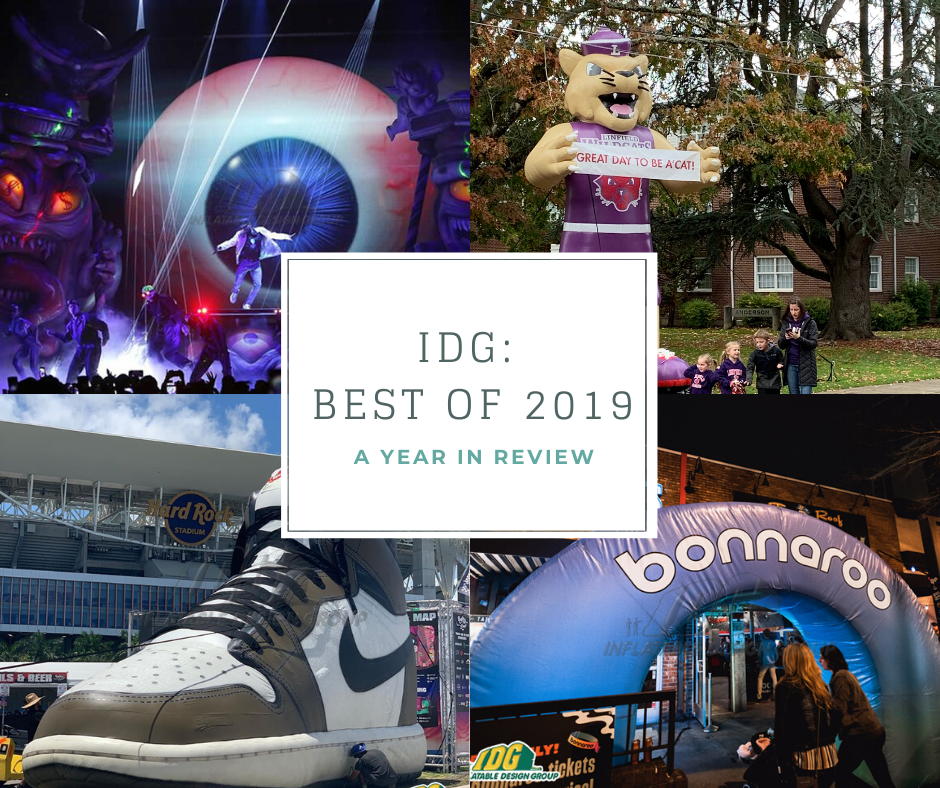 2019 is coming to a close, so we’d like to take you through the past 12 months of IDG inflatables! It’s been quite a year, full of some amazing custom inflatable products. So, to name a few examples, we created breathtaking inflatable stage sets, beautiful art installations, and fun interactive inflatables! Throughout this blog, I’ll be going through the best of the best and highlighting what we can do for you. In addition, you’ll have an opportunity to be featured on our website and social media! So, keep reading to see IDG’s best of 2019 and don’t forget to check out our Biggest and Best Inflatables page! Contact us today for a free estimate for your very own custom inflatables!

Popular artist Travis Scott released his Astroworld album on August 3rd, 2018. Following the album release, Travis Scott went on his “Wish You Were Here” tour from November 2018 through March 2019. The tour went around the US, including a stop in his hometown of Houston on February 13. So, you know Travis had to go all out for his hometown! The concert was held at the Houston Toyota Center, selling out all 14,000+ seats. These fans experienced a spectacular performance, matched by the crazy stage sets. For example, Travis rode a roller coaster above the crowd, performing his songs with the Astroworld theme park theme. In addition, our talented IDG team created a giant inflatable astronaut for the tour.

As you can see in the picture above, the 50+ foot tall spaceman towered over the crowd on stage, adding to the concert excitement! Inflatable Design Group customized the inflatable to the client’s specific preferences. With IDG, you have full control of the design, dimensions, and style of your inflatable! So, if you choose Inflatable Design Group for your promotional needs, you’ll be an integral part of the entire process. Like Travis Scott’s Astroworld spaceman, we create amazing custom stage sets for many artists! So, check out our Inflatable Stage Props page for more examples! Consider IDG for your stage sets! Feel free to contact us for a free estimate at info@inflatabledesigngroup.com or (619) 596-6100.

Shortly after the Travis Scott concert, Boca Raton, Florida hosted the annual Forbidden Kingdom festival. Forbidden Kingdom is a bass and dubstep music and arts festival held over a late February weekend in Florida. According to their website, the festival creates a story, a “Forbidden Tale” that paints a fantasy picture of the Forbidden Kingdom, complete with characters and a plot written by Joshua Dean Perry. The website provides a description of a major character – the dragon. “The Dragon is Forbidden Kingdom’s oldest and most powerful inhabitant” (forbiddenkingdomfest.com). IDG captured the essence of this dragon with an impressive inflatable that loomed above the crowd on top of the stage. The picture below is from the 2019 Forbidden Kingdom Festival.

As you can see, the inflatable dragon greatly enhanced the concert experience! The smoke, glowing eyes, and gigantic size excited fans and supported the festival’s vision. So, as you can see with the giant Astroworld spaceman and the Forbidden Kingdom dragon, Inflatable Design Group is your go-to for custom inflatables! Also, these are just a few examples of our awesome inflatables! Check out our custom shapes page for more. Also, these are some pretty awesome inflatables to start the year off! Keep reading to see highlights from the rest of 2019.

Fast forward to summer; the Bay Area city of Walnut Creek in July. In this city, the Lesher Center for the Arts houses a popular program called the Bedford Gallery. The Gallery is “a program of the City of Walnut Creek, exhibits the work of historic, modern, and contemporary artists“. The Gallery’s mission is to reflect and engage audiences of the Contra Costa region of the Bay Area through its exhibitions. So, Inflatable Design Group is honored to provide its resources and create beautiful inflatable art installations. For example, please consider the picture below. IDG created inflatables in the shape of characters such as Mickey Mouse and Spiderman designed like warrior statues.

The intricate angles, vibrant colors, and stylized designs of each inflatable art installation is a testament to the talent of IDG’s artists. Therefore, with Inflatable Design Group, custom really does mean custom. These inflatable art pieces are just a few of the many exhibitions IDG provided for the Bedford Gallery. Other installations included custom inflatable flamingos that filled up an entire room, a giant cartoon style mouse, excitingly colorful cones, and a large golden Buddha lying down. Therefore, down to the smallest detail, inflatable design group brings your statue, painting, or any other type of art to inflatable life. Imagine what amazing installations in store for you! Contact us today for a free estimate!

The summer continued with an August high school football game. The Canutillo Eagles beat the Eastlake Falcons handily with a final score of 41-21. Also, to start the game, the Eagles ran onto the field through an awesome inflatable mascot tunnel! IDG created this tunnel with custom dimensions and design according to Canutillo’s preferences. They had us create the top of the inflatable as an intimidating 3-D eagle head. In addition, under the mascot were the tunnel walls. They were Canutillo blue with white and orange “Canutillo Eagles” printed largely on the sides.

Coming from my experience with playing high school football, I know the feeling of running onto the feeling in front of friends, family, and fans. I can only imagine the excitement when rushing onto the field under a giant inflatable depiction of my school mascot. The Canutillo Eagles mascot tunnel is pictured above, and there are many more in our Custom Entryways page! So, please consider Inflatable Design Group to support your school’s athletics!

Finishing off the year, the talented team here at IDG created a huge slide for the Adult Swim Festival in November. Adult Swim invited artists such as 2 Chainz, Vince Staples, and Jamie XX to perform on multiple stages around the Banc of California Stadium in Los Angeles. In addition, a new episode of Rick and Morty aired for fans at this event. So, to support the Rick and Morty hype, IDG created a giant slide with Morty’s head on the top of it (pictured below). As you can see, the slide is 30+ feet tall and features a detailed head of one of the main characters of the show.

Our talented artists worked with adult swim to create Morty as accurate to the animation as possible! So, the crazy slide stood tall above festival-goers and attracted many people! IDG enhanced the fun of the festival with this slide, and can do the same for you! Just email or call us for a free estimate!

Send Us Your Best Pictures of Custom Inflatables!

That concludes the IDG 2019 highlights, but we want to be rocking into the new year with some new faces and pictures! So, this message goes out to all our satisfied customers: send us your favorite pictures of the IDG inflatables in action! We would absolutely LOVE to feature you in our blogs, website pages, and photo galleries. Your company or group will get a shout out from us on our website with each post, so what are you waiting for?! We want to see your smiling faces with our inflatables! Please send your pictures to info@inflatabledesigngroup.com and feel free to call (619) 596-6100 with any questions! 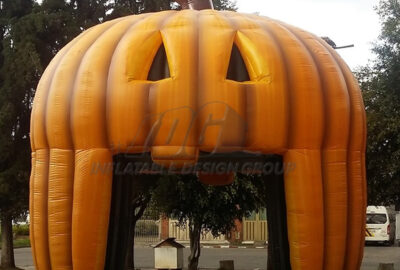 FALL in Love with These Autumn Inflatables!

Autumn is in full swing. Embrace the excitement for the fall season with Inflatable Design… 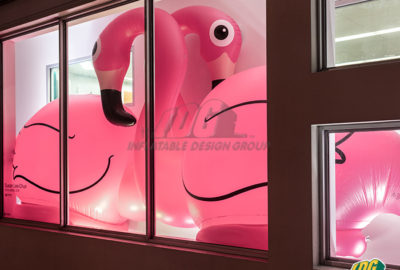 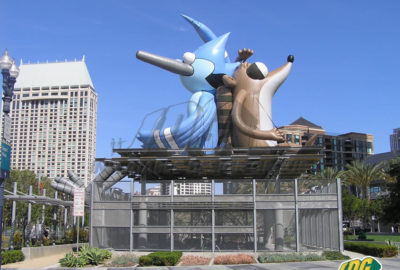 Nerd Out with a Custom Comic-Con Inflatable from IDG

The annual Comic-Con event was this weekend in San Diego! For your next event, wow… 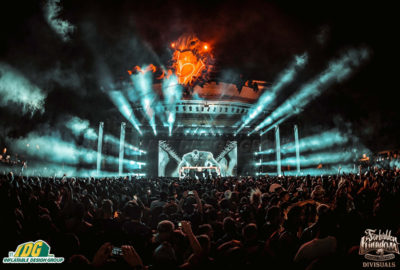 Summer is the time for concerts and good times. Make your concert the best time… 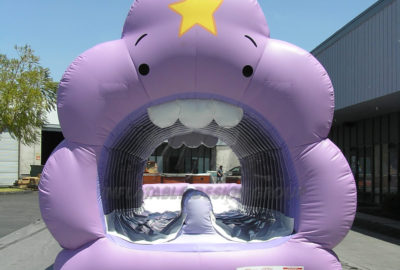 Bring Any Event to Life with an Inflatable Character Replica!

Feel SUPER with an Inflatable Character Replica  Inflatables are great for a variety of events….

Use this form to find things you need on this site
We are sorry but Right click is disable in order to protect our content. 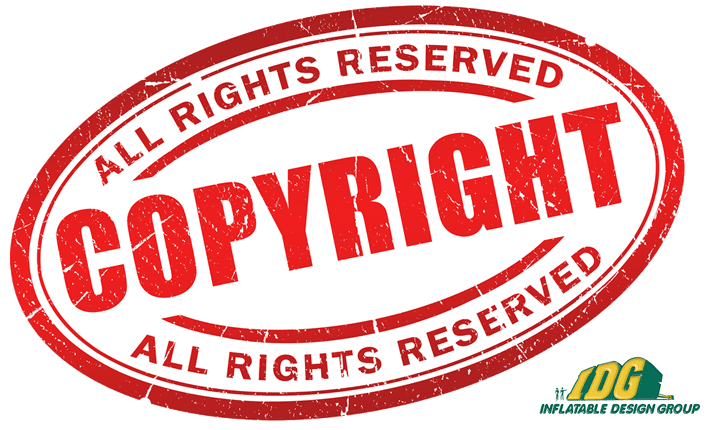